Out of the FryingPan

Posted on March 20, 2015by newenglandwaterman

New York Harbor Experience preferred, it is the bold letters in every tugboat related help wanted add in the back of workboat or professional mariner. Simply put, if you can to do it all as a tugboat master or mate in New York, you are never going to be out of work any longer than you want to be. It takes a skill set that encompasses a need for sharp boat and barge handling skills, an incredible depth of local knowledge, and the ability to think ten steps ahead and plan every job according to tide and weather. All of that coupled with non-stop traffic ranging from tankers, container ships, Ro/Ros, other tug and barges, and the ever-constant ferryboats.

So far the learning curve has been steep and it has involved a multitude of adjustments to my skill set. From having every chink in my boat handling armor exposed, to having the local knowledge that is key to being a New York harbor boatman thrown at me around the clock. It has made for a lot of 18-hour days to stay up and do an assist or barge landing I havent yet, trying to soak up everything I can as fast as possible. The highs have been certainly been high. Acing a barge landing and only using the assist boat to pin her at the dock. Coming along side a ship just right with a light touch, and nailing every step of the assist. Of course the lows have been low as well. Landing on the next ship hard, or having the Captain step in and take over while landing or sailing a barge. Its all part of the learning process that will take some time. 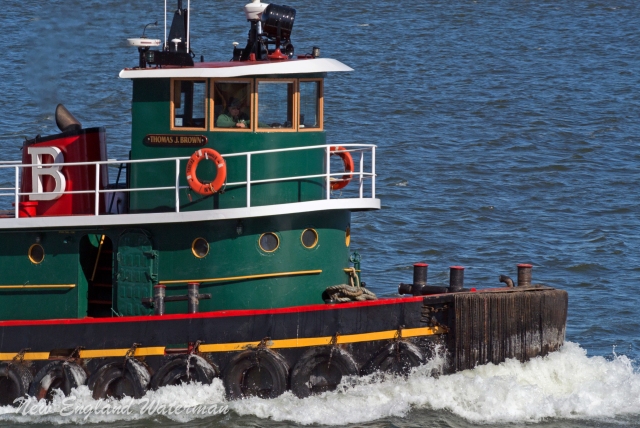 A waterman if I ever saw one

Then there is the pace of things, that is to say busier than Ive been in a long time. In the five straight weeks that my first hitch consisted of, there were maybe four or five six-hour watches where we didnt have at least one job. Downtime is at a minimum and the up time is mentally and physically more taxing than doing the Fourchon shuffle.

See on supply boats the goal is pretty much dont hit things, and you have a lot of vectorable thrust to accomplish that goal with. Here I am often trying to hit things, whether they are a barge or ship, but not hit them very hard. Though when you are needed you have to get in the game and be alongside or pushing as fast as possible, so you cant exactly take your sweet time. Its a fine line you are aiming for, and you are often doing it at five or six knots, all while keeping the boat out of a spot where metal will meet metal.

Bruce McAllister with the city in the background

The same can be said for landing and sailing barges, whether in and out of a berth or alongside a ship. You are trying to balance forces and conserve momentum in order to use a minimum of power and do thing efficiently. However get things moving too quickly and you will end up with the barge landing against things you dont want it to, and often a speed that is faster than you would like. Once you loose control of momentum it starts to control you, and the damage that can ensue is not exactly a career enhancer. 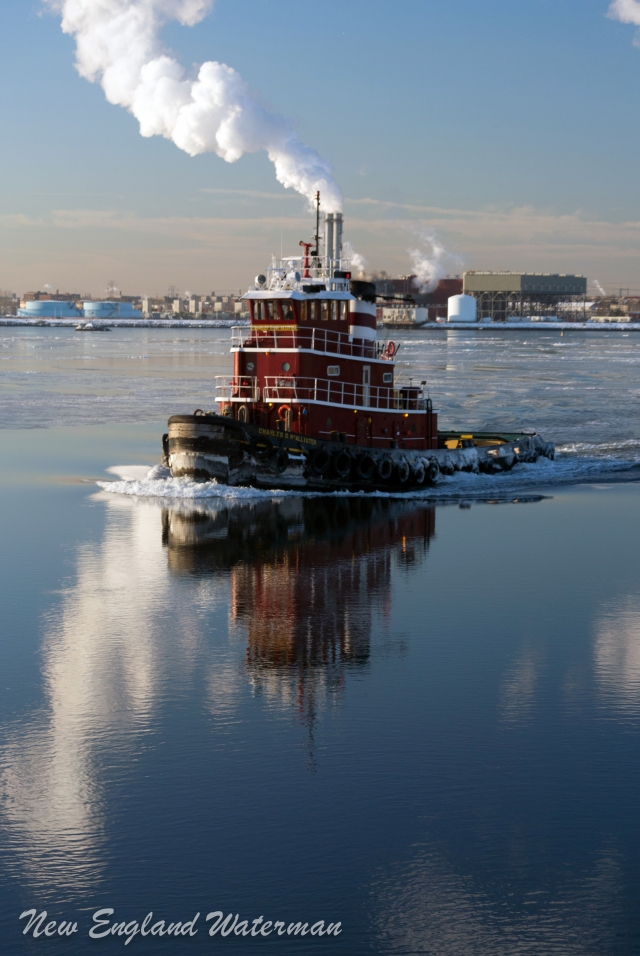 Initially I was anxious about this change. I knew it was a step out of the frying pan, right into the fire. Though after my first hitch there is still anxiety, its more targeted instead of a general feeling. The general feeling now is excitement. I feel challenged, and am learning things every day. The skill set I am building is the same one so many of the captains Ive looked up to for years possess. Not that I didnt learn anything in my detour to the Gulf of Mexico, I certainly gained valuable management, boat handling, and leadership skills. However looking back I do almost wish upon finding out I was headed to a mud boat and not a 7200 HP tractor tug, that I had gotten on a plane and flown back home. Call it the honeymoon phase, or new job excitement, call it what you want. All I know is being back on tugs, bigger ones in the busiest harbor on the east coast, is exactly where I am meant to be. 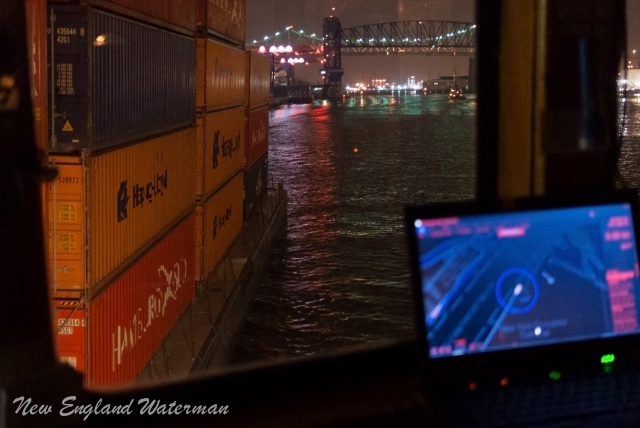 My new office, the container barge came with it!

Resolute working easy on the shoulder 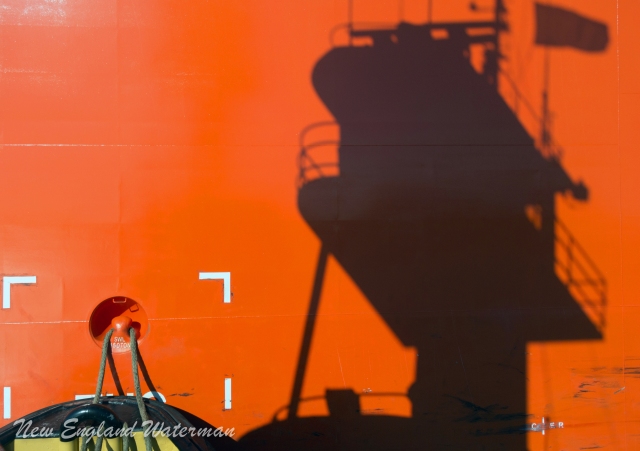 1600 Master Near Coastal, Master of Towing Vessels, and a whole binder full of other pieces of paper. You can find me at the controls, hooked up and hard over, when I'm not at home playing with the dogs
View all posts by newenglandwaterman
This entry was posted in General Ramblings and tagged boatman, Bruce McAllister, Charles D McAllister, into the fire, learning new places, mariner, Maritime photography, McAllister Towing and Transportation, new beginnings, new skills, new york harbor, out of the frying pan, Photography, tugboats. Bookmark the permalink.

11 Responses to Out of the FryingPan