Tugs on Parade, courtesy of a screwchange

Posted on August 3, 2014by newenglandwaterman

Currently I am sitting back at work here in Fourchon, after what can only be described as a pretty bad crew change. Several days of waiting, not a lot of sleep, bad food, and getting dropped right into the end of a spot job at 0600 on a saturday.
On the plus side I got another day at home and what a day it was. July 29th was the Centennial of the opening of the Cape Cod Canal, and there have been festivities and events going on most of the week preceding it. My entire time home I was not looking forward to my return to work for all of the usual reasons, however this time I had one added reason. I was slated to travel on the 29th, not only the day of the Centennial, but also of the celebratory tugboat parade in the canal!
If you arent a frequent viewer you might not know the reasons why I wanted to be there for this. The Cape Cod Canal (CCC) is an intertwined part of the Therapist Fianc and Is lives. I have made countless trips through it and still do while home. Together we have had more than a few milkshakes at the sandwich boat basin watching the boat traffic and walking the dog along its banks. As my pictures show it is often where I got to catch tugs and other traffic making their transit from one bay to another. We arent the only people in the are who consider the canal to be a big deal. Any day of the week there are people striper fishing, running, riding bikes, or like me just watching the boats.
So to get to ride along on Jaguar, the first tugboat in my maritime career, in the tugboat parade for a waterway that is such a big part of both me and the therapist fiancs lifeWell it was a big deal for me. It became an even bigger deal when you factor in the empty 32 gig memory card I had ready and waiting.
So all of the waiting, bad food, no sleep and general confusion of the crew change ended up really being worth it. The crowds along the banks of the canal were far larger than I expected and even included some family members. There was a decent turn out of boats with McAllisters two newer tractor tugs the Andrew and Buckley really stealing the show. I ended up shooting around 1000 frames and I have my 80 or so finished photos posted on my photos sales website, http://newenglandwatermanphoto.smugmug.com/Cape-Cod-Canal-Centennial-Tug/, however if you need a fix now here are a few good ones! 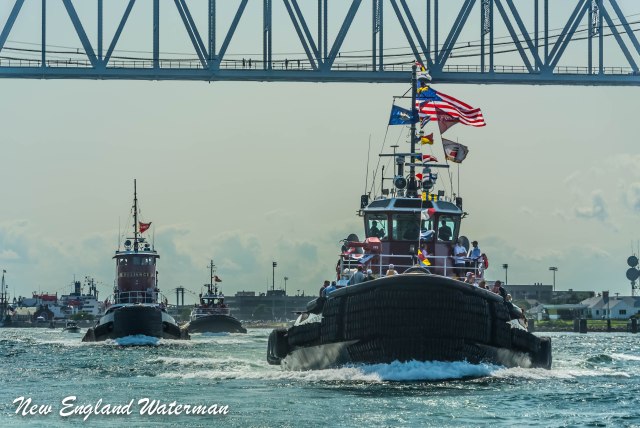 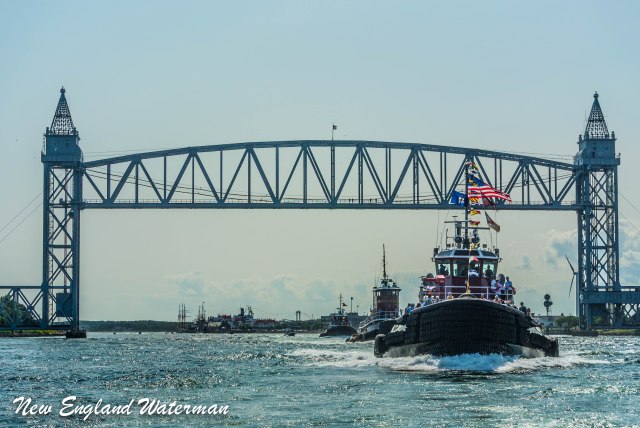 Between the bridges, Mac boats in a line 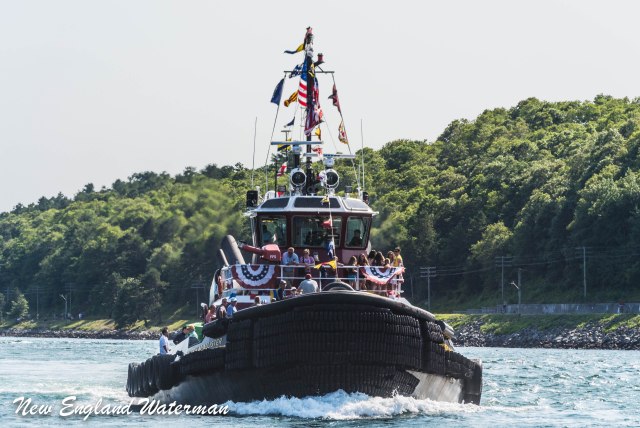 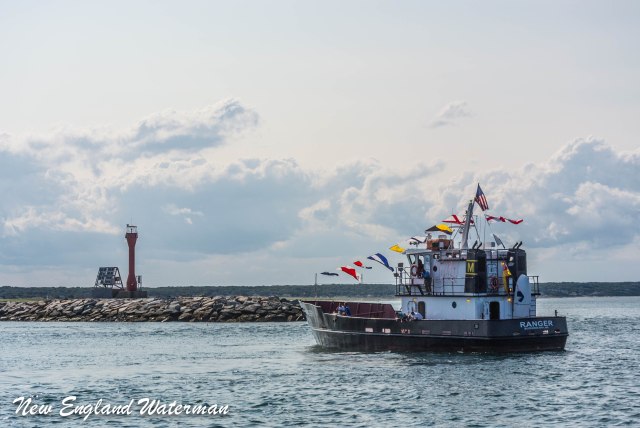 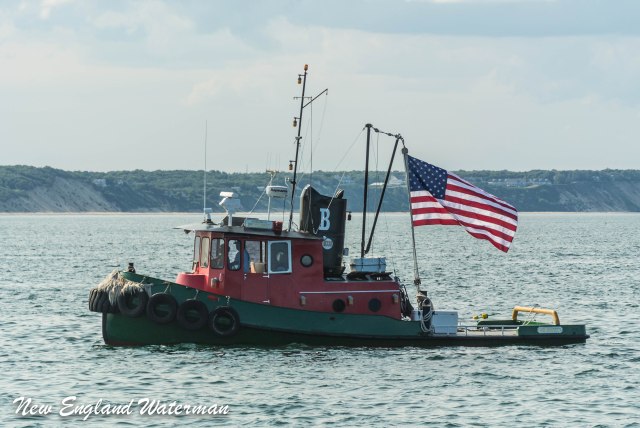 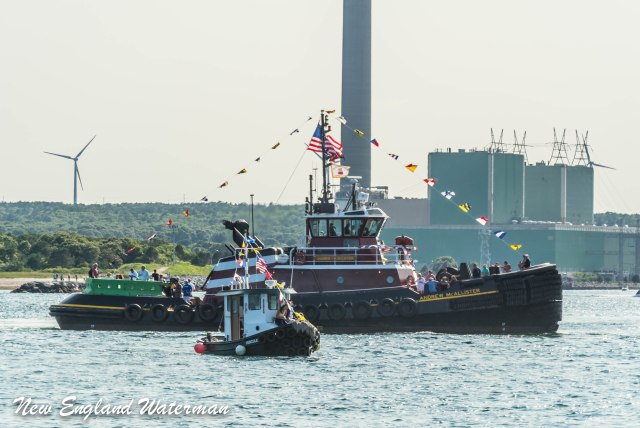 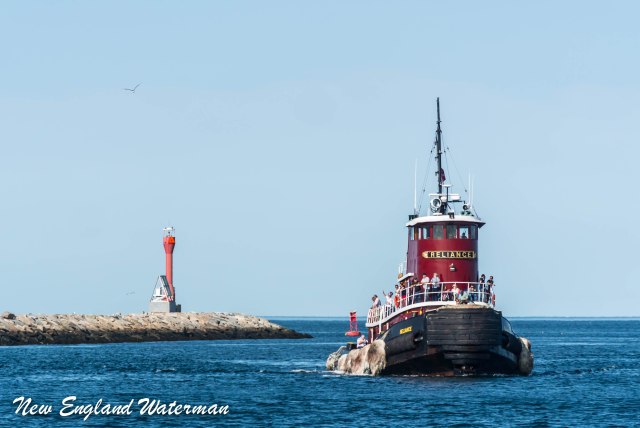 Reliance at the east end

Sea Smoke off the boat basin

Alert, Co, and Reliance westbound at the boat basin.

Water show by the McAllister tractors at the rail road bridge

Mass Maritime, and the T/S Kennedy

1600 Master Near Coastal, Master of Towing Vessels, and a whole binder full of other pieces of paper. You can find me at the controls, hooked up and hard over, when I'm not at home playing with the dogs
View all posts by newenglandwaterman
This entry was posted in General Ramblings and tagged 100 years, Andrew McAllister, Buckley McAllister, Cape Cod Canal, Centennial, Co, good times, Jaguar, Mass Maritime, Mcallister, Relieance, screw change paid off, special place, tug boat parade. Bookmark the permalink.

4 Responses to Tugs on Parade, courtesy of a screwchange